WFWPI activities have been developed in four main areas:

1. Family Ethics with the understanding that the family is the cornerstone for peace in the world;

2. Poverty Eradication and Service to others, as exemplified by WFWPI’s ongoing projects worldwide;

3. Peace and Reconciliation activities, including working with the UN and with international NGOs; and the Bridge of Peace Ceremony; and

4. Global Leadership Education to cultivate and support women’s leadership in the 21st century.

WFWPI has over 100 chapters worldwide, as well as service projects ongoing in 50 countries, in the areas of education; vocational training and microcredit for women’s self help; agriculture; AIDs prevention education; medical assistance; hygiene; and nutrition.

WFWPI has been an NGO in general consultative status with the Economic and Social Council of the United Nations since 1997.

(Reference: UN DESA NGO Branch Website ) In Taiwan, it was registered in the Ministry of the Interior as WFWP-ROC in 1992, and changes its name to WFWP-Taiwan, ROC in 2003.

In her work with the UN, WFWPI has sponsored seminars and conferences in the following areas: Poverty Eradication, Global Public Health, Prevention of HIV/AIDs , Gender Equality, Empowerment of Women, and the Achievement of the Millennium Development Goals (MDGs).

21st Century is an era of cooperation of true partnership in which men and women understand that each is created to complement the good qualities of the other.

Today’s problems cannot be solved by the logic of power and politics alone, but require as well the logic of reconciliation, compassion, love, service and sacrifice on the part of women and men working together, not only for the sake of women’s rights, but to create a new home and society by realizing values which are indispensable to all human beings and by establishing the primacy of love and the idea of living for the sake of others.

Established as an international movement of women, we encourage women to understand and accept the moral authority and responsibility which has always been theirs, and to use their unique perspective and abilities as a guiding force on the morals and standards of conduct of their community.

Four vital missions and important tasks of the organization:

-- all countries (General Assembly - chairman / directors and supervisors - the Secretariat) 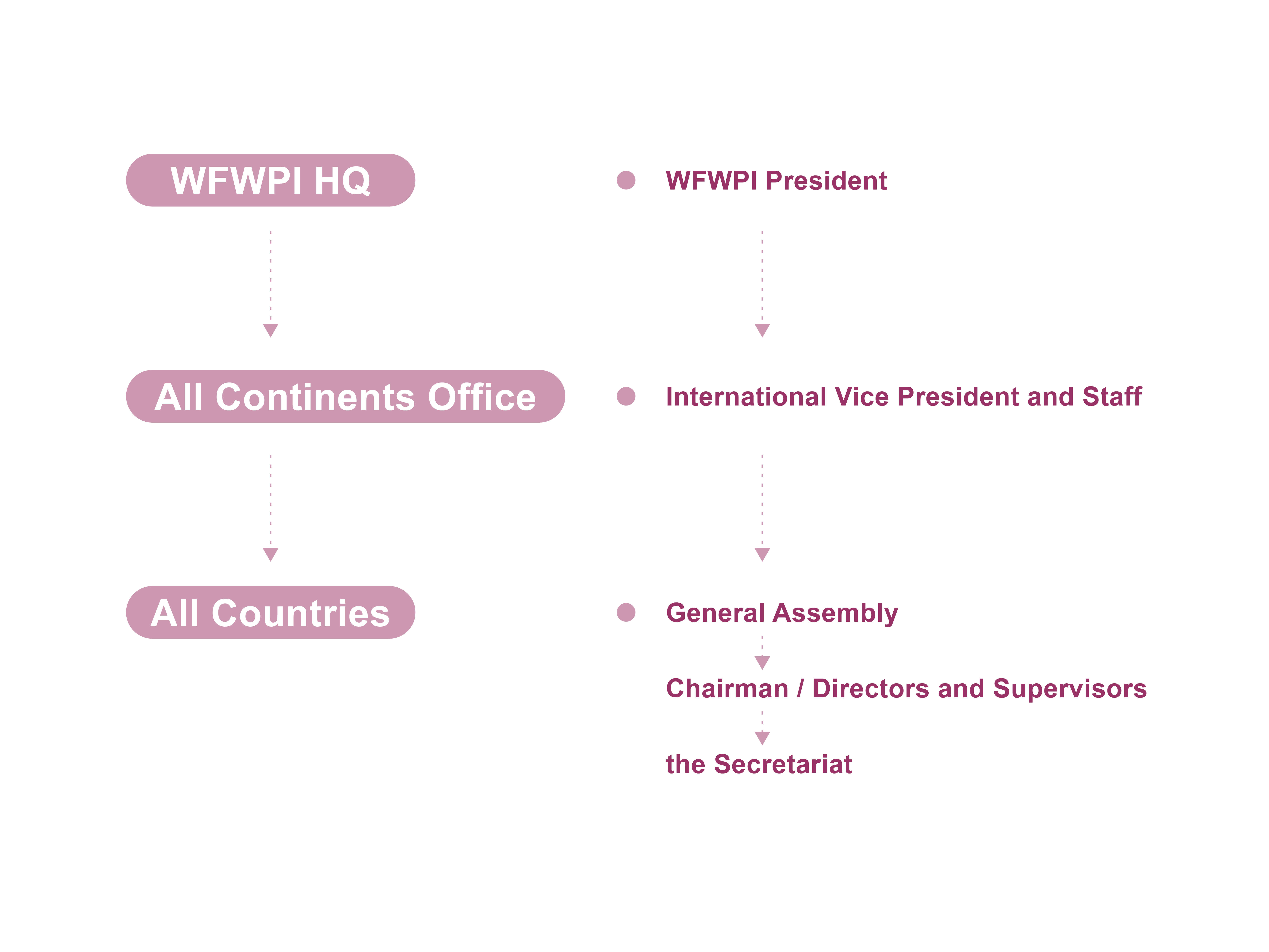 In 1995 participate the World Conference on Women NGO Forum in Beijing , In1996 held the Asia Women’s International Conference in Taipei. Since 1997, fifteen conferences have been held under the theme of “Women’s Conference for Peace in the Middle East.” In 2001, WFWPI was a co-sponsor of the Global Peace Assembly, held in Taipei, Taiwan. In May of 2004, WFWPI was a co-sponsor of an international peace conference in Jerusalem, that brought 550 women together from more than 40 nations. In 2007, WFWPI held an historic meeting in Kumgang, North Korea, that gathered 720 women, from 50 countries, In 2012, WFWPI held 20thAnniversary Celebration, titled “Global Women’s Peace Network Assembly,” in Korea. Since 2003 ,WFWPI held workshop of UN CSW in New York, USA and invited many outstanding women leaders to attend. Since 2001,WFWP held Annual Meeting in Seoul, Tokyo, Bangkok, Moscow, Vienna, North Korea's Mount Kumgang, DC, Sydney, Las Vegas. women's leader in various fields gathering to discuss and exchange experences.